Or no boundaries.
No rules. 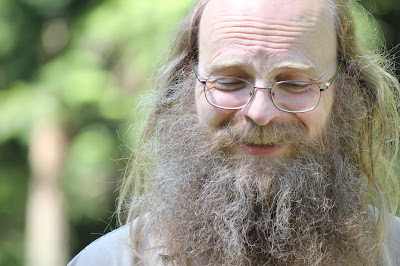 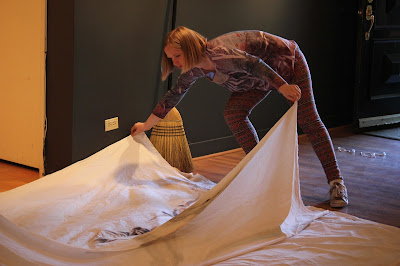 No limits is nobody saying you can't take your kids out of school to help you at work. Or your kids never had the obligation to go to school in the first place. In fact you've become increasingly uncertain where the line is between work and play and school and projects and love and rest. And that's OK because you've also become increasingly likely to find similar-minded people whose boundaries have gotten so fuzzy there may be no boundaries at all. 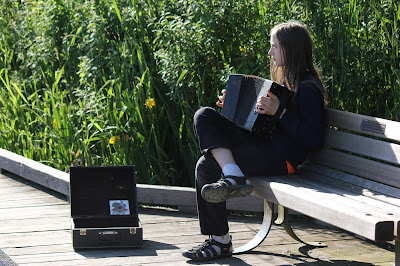 No limits on life and love. Like when you think you might play accordion out on the boardwalk and earn a few dollars, and you just play whatever the hell comes out of your growing fingertips (yes seriously - at 15 his fingertips are growing!) and behold there's nobody stopping to suggest you stop making stuff up and play a song everybody knows. Anyway even though you're improvising, some people seem to sing along... with no hesitation. More people with no boundaries. They're everywhere!

Because you're so obviously that open-minded kind of soul who accepts people in all their stripes and colours, because you've been brought up to believe that everyone deserves freedom. And there are no limits on freedom.

That is unschooling, to me.

No limits means that even little kids, like the youngest I'm currently teaching in the Wild Art program, have to learn to set their own limits, because I don't do it for them. This can be a very challenging prospect, both for me as a teacher to kids who aren't all unschooled, and to those kids who find themselves lost without imposed limits. But it's going to have to happen sooner or later, so why not now? 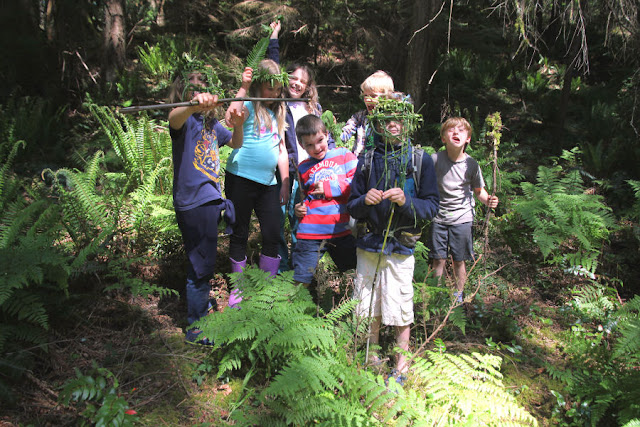 No limits means more danger, more risks, more problems, and... more solving problems. It means more discovery, more tears, and more compassion. It means feral children doing mysterious things in the woods with no recorded outcome, and no expectations. It means freedom. It means these kids aren't going to have to wait until they're in their thirties to discover that shaving was optional; that what they do with their own minds and bodies always was theirs to decide. And the responsibility for creating this beautiful world individually and with their peers is also theirs.

I am always overjoyed to discover how quickly people of all ages step up to the plate, given the simple and terrifying gift of no limits.