A few years ago, during an interview for my show MAMA, the subject of the interview (and painting) said "You're always trying to get the approval, even though you know you're never gonna get it". And I thought, naively, that this problem must pass, eventually... but no. Here I am, just hoping people approve of this new show... which is obviously intended to stir up issues we don't talk about enough (in my opinion)! So I stir the pot and simultaneously hope everybody approves of the new flavour. That's the fear in me. But unschooling is kind of like that, too. Although it wasn't politics that made us choose this path, there is no denying that it's a very political journey. And the constant political and social drama that seems to follow us and others on this journey stokes the fear.

So when a man I hardly know walked up to me in the gallery this afternoon and said "There's something I've been wanting to say to you for a few years, now", I sure quaked with that fear! "Oh what's that?", I said, with genuine interest, and a whole lot of trepidation. He started reminiscing about a day years ago when we had both participated in a hike with our local Nature Club to Apodaca Park, and that my children had been there. As you can imagine, fellow unschoolers, I've had plenty of conversations begin that way, and many of them end with people expressing their genuine concern for my children's social/emotional/mental health and safety, because of our parenting choices. This man went on to tell me, with great kindness in his eyes, that he had noticed how I stepped back from my kids, even when I was worried about my son climbing rocks, and how I encouraged them without keeping their strings too tight. (This is my approximation of his words.) And he said he was happy to see it. I told him we'd made a conscious choice to parent this way, and thanked him, unable to minimize my giant grin. He and his wife said they knew, and he told me he had worked with children as a social worker, before he retired. It felt like the sun came out on my face.

What a wonderful thing is approval! And this moment of my life was so beautiful that I wanted to share it here. It doesn't just pertain to me and my family; it's a voice of encouragement for all of us who are paddling up this stream.

Carry on! People see what we're doing and think good things, even if it sometimes takes them years to speak those words!

What I've Been Doing 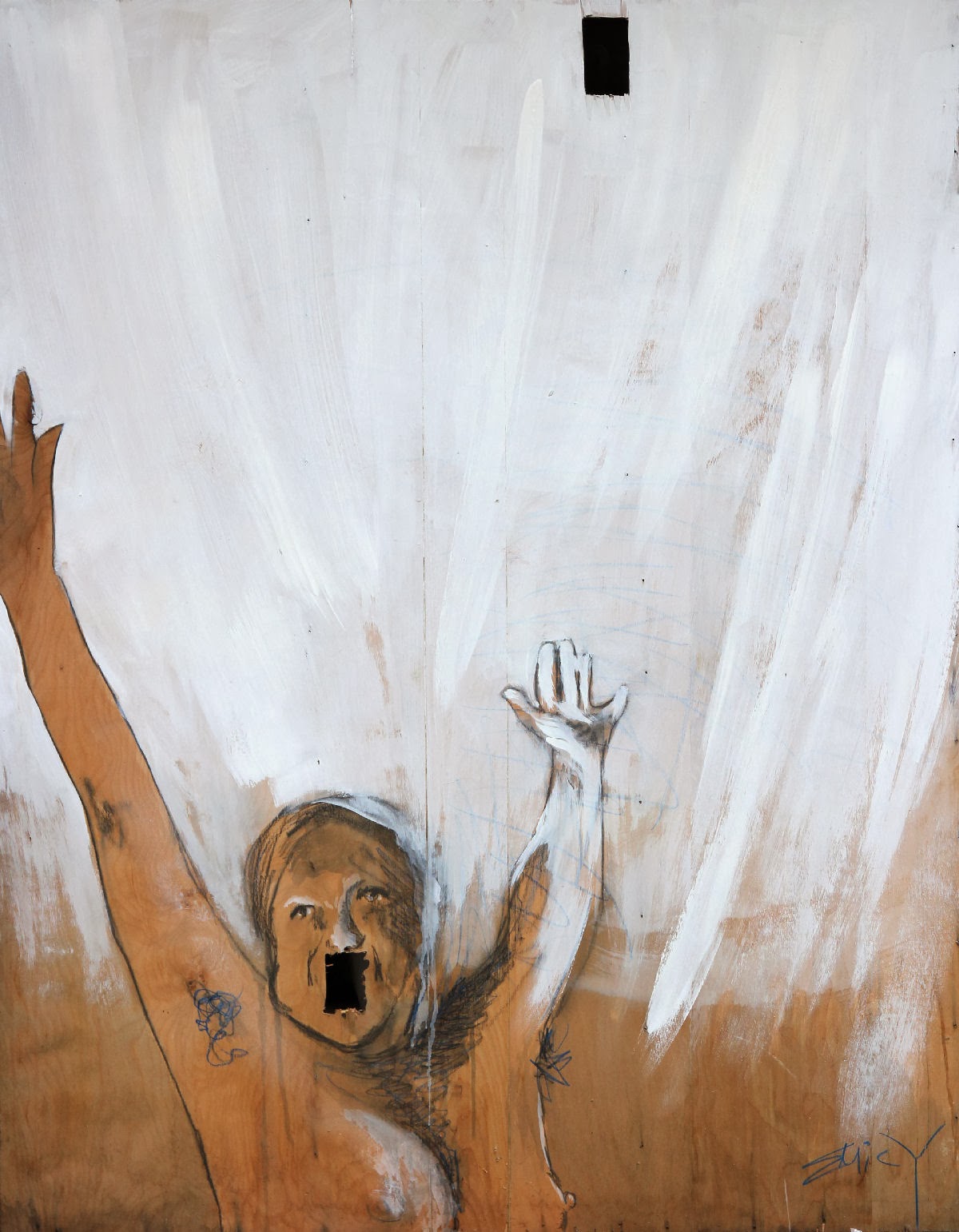 Not much posting happening here, you may have noticed... For the past couple of months I've been frantically busy finishing the work for, organizing, and installing my latest solo art exhibit. It opens tomorrow.


Here's a preview on my website: http://emilyartist.ca/gallery-womanstory.html
at 9:51 PM 2 comments: