our kids aren't going to save us 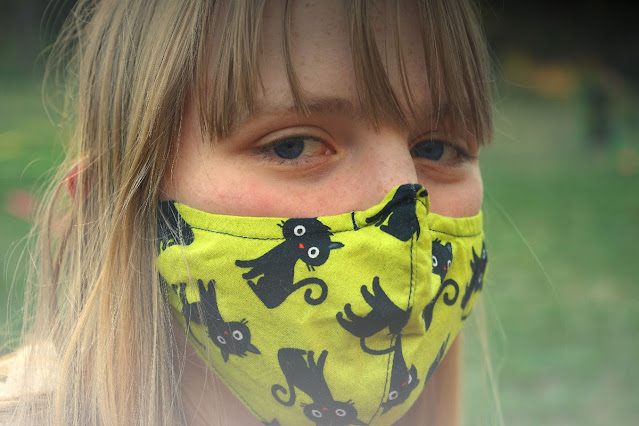 Ever since I was a very little girl I knew that the teens of today will save the world. Or make that the teens of yesterday. When I was around ten, I remember hearing someone say that it was up to the (then) teens to make the big changes the world needed. Wow! I thought! They're going to fix the ozone layer! And pollution! And get rid of nuclear weapons forever! And this new thing called global warming that we were just starting to hear whispers of. I looked forward to the beautiful world those just a few years older than I was were creating for me.

A few years later, when I graduated, and couldn't yet even vote, that burden of saving the world had shifted to my shoulders. I was the generation that was going to make the big changes. Well, OK, I thought. I can do that. I don't know what the rest of the generations were doing -- I mean, what happened to those teens from when I was a kid? Didn't they fix things? Well anyway now things were different. And me, I was going to finally fix things. We were going to finally fix things!!

Fast forward another five years and find me teaching some teens in a rec centre art program. It wasn't that I wasn't "fixing" the world, but plans for great upheaval, protests and really doing something big were on the back-burner as the need for paying rent and paying off my student loans was forefront in my mind. I tried to keep climate change and social justice on the menu during all activities, but, you know, that's not what parents were looking for in these art classes, so I had to temper it. You can't rock the boat too much if you're a new teacher and trying to keep your job; trying to keep people opening their wallets to pay you for teaching their kids. I figured I'd change the world when I made enough money.

Another couple of years later, I was joyfully welcoming my own kids to the world. It was even more imperative to me to save the world from the increasingly terrifying prospect of climate change which, by calculations at the time, was likely to cause global catastrophe by the time my kids were old. Well... if we didn't stop it, which we planned to. The only thing was, we all still needed to make money, and to do that we had to keep our jobs, and keep up the status quo, and really support the industries we knew were destroying the earth's ability to regulate the climate because, well, those companies had bought out all the smaller companies and were now the only affordable ways for us purchase the many many things that seemed to be required for home-life and babies! After all, what good is protecting your kids' future, if you can't even give them a semi-normal, socially-conforming lifestyle to start out with? But you know what I told myself then? Those kids I taught. They were about graduating age by now. They were coming up to voting age, and not yet burdened with the need to pay rent and student loans and preschool fees. They would save us!

Climate change, as we know, eclipsed the miraculously-diminishing ozone hole, as well as nuclear weapons threats, in the list of potential perils. And by the time my kids were ten years old, we knew for certain that their lives would be cut short by the ever-growing, ever-menacing list of catastrophes caused by climate change. In fact, the hurricanes, forest-fires and floods had already begun, and we began to realize that even our own lives would likely end in a kind of apocalypse we 80's kids had never fully imagined. Around that time it began to be acceptable to use the word apocalypse in my blog posts. Nobody was shocked, anymore. We were apathetic. We couldn't not give our kids tons of gifts, because we wanted them to be happy! We couldn't not buy the plastic toys and fleece clothing that they needed to fit in with their friends. We couldn't step off of the rat-race treadmill because somehow we had to afford all these things, and we still weren't managing to take them on enough vacations for their social and emotional well-being. We knew we were doomed. So we sipped up our lattes and attended some climate rallies on lunch-breaks, and told ourselves that the teens of the current generation would save us.

My son voted, this week. He's eighteen. I just can't bring myself to tell him to save me.

This is bullshit, and we all know it. Telling ourselves that each new generation will fix the mistakes of the twenty before it is a bright shiny carousel of lies we tell ourselves so we don't have to make the hard changes that are required to save ourselves from climate change. And those changes are HARD! We're all going to have to sacrifice the tarred dreams we pursued; we're all going to have to sacrifice our income, social status and the careers, homes, vacations; even relationships that are threatening our sustainable future. Because if we don't, our future is far more bleak than we can imagine. And I don't want that for my kids. I don't want that for me.

My son was interviewed by our local paper about his first voting experience, and he had this to say: "I think a lot of politicians are afraid to take the necessary drastic steps to counteract climate change because of the possible short term cost to our economy, but I say it's worth it to ensure that we have a safe, livable future for us and our families going on into the future."

In the upcoming election, we have an opportunity to stand up and vote for the candidate or party who is most likely to make the hard changes. People, get out and vote. Then let's look at our lives honestly and just make the changes we should have made decades ago. We are adults and it's time we started behaving like adults. It's time that we all stood up and made the change we want to see in the world, instead of expecting our kids to do it for us.