what to do in the face of global trauma 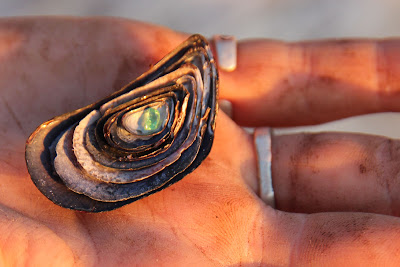 It's been a rough few months in the world. Maybe years, even but it feels like the violence and sadness is increasing. With multiple mass-killings, an attempted military coup and promises of the death penalty; police murders and police murdered, these few weeks have been brutal. People everywhere are hurting or scared or angry. It's overwhelming, and while many people's minds are turning away, others are turning towards answers. What can we do? How do we overcome this violent and frightening chapter in our collective lives?

We overcome it with love. In fact we don't so much overcome as live it. There is no use in distracting ourselves, hiding the news from our children; finding people to blame or people to save us. We have to turn our faces towards the horror and walk right through it, with love.

These things are happening because we live in a global culture that separates instead of loving. Think of the perpetrators of the attacks. They're usually portrayed as either outcasts acting from personal frustrations, or as cohesive groups fighting for or against other groups. Most of the perpetrators have at some point been disenfranchised in some way. Murder hurts. The act of murder is a horrifyingly painful act for the perpetrator. S/he loses everything in the process. As various people keep saying in the media, you don't give up everything to commit murder unless you feel you have nothing to lose. That goes for individuals shooting their lovers as much as it goes for cops shooting citizens as much as it goes for presidents calling for capital punishment and kids strangling their friends in dark corners at school. Did you hear the voices on the 911 call from the cops being shot in Louisiana? Do you read the emotion in the inflamed and judgemental posts on social media? They're scared shitless. Why do these people have so much to fear? Why do people feel they have nothing to lose? Because we've ostracized them.

In the very basic fabric of our education, legal, political, faith and social systems we separate. We separate by grading our children and measuring them against an ideal, so that some come out on top and some don't, and all of them come out fighting to succeed against the others. We separate by splitting people into victims and perpetrators, winners and losers, left- and right-brained, healthy and unhealthy, straight, gay, lesbian, bisexual, transgender and queer, empowered and disenfranchised, upper, middle and lower, black, red, white, yellow and blue. We have developed highly intricate and sophisticated ways of categorizing ourselves and then manipulating the systems we made to come out on top, or at least a little higher than the next guy, on whatever ladder we're climbing. We have so many ways of separating ourselves that it has become nearly impossible to see ourselves in others.

That would be compassion: To see somebody so much that when they hurt, you hurt. Not that you feel empathy for their pain, but that you actually feel the pain. Compassion is when you see that you and the other are the same. Love is when you transcend that compassion so that it isn't even a consideration anymore. It just is, as the way of being, because you love.

Love does not depend upon the other fitting into your categories, or upon you understanding their motives and desires. It just is. When a baby is born a mother (often) experiences true love. With such a deep physical connection to this being, we understand that despite the brief but growing separation of our bodies, we are still the same being. When we lay our babies to sleep and walk away we can feel their presence in our hearts, many of us know instinctively when they begin to wake or to need us. That is love. That is when we lose the separation and logical categorization and simply are one with the other. We have to learn to know that oneness in everything.

It's going to be a long journey for us humans to transcend the systems we've created for ourselves, and grow through compassion to oneness - to love. But we're already on the journey, whether we know it or not. In so many ways we are learning and teaching each other to see. Whether you're transcending social norms by reaching open arms out to help the people you're afraid of instead of turning away, or trading goods in an open market with farmers and crafts-people instead of supporting money-centred corporations; whether you're looking with an open mind at a small ecosystem in your back yard, opening your mouth to participate in discussion or to sing with others, opening your door to strangers, or stepping out of the rat-race and into an open meditation session - you are opening. As we open our eyes and hearts and minds and arms to let each other in, we are transcending the separation. We are learning to see and to appreciate the sameness of everything.

As parents, we have an opportunity to look at our children with open minds; to work on opening ourselves instead of closing our children. Remember when people told you to imagine that the other person was you, and to treat them as you would want to be treated, yourself? It's still good advice, but the truth is that other person is you. When you hurt them, you hurt you. When you look for differences or create separation of values, ideals, or presence, you break a piece of yourself. When you open your heart to them, you learn to see the connection that was there before. It's always there. We just have to re-learn to see it.