How I nearly destroyed my marriage


When I first courted my husband, he told me the only thing he had ever cooked was chocolate mousse. So, in an effort to honour his cooking skills, and hopefully to inspire some deliciousness for the two of us, I bought cream and chocolate - that's what I use to make chocolate mousse, so obviously that's all he would need - and a bowl, a pot, and a whisk, of course, which I laid out at the ready. When he came to my home, I gleefully presented the supplies, and declared, "you said you could make chocolate mousse!" His face fell.

He squirmed and looked at the walls. "Well that was with a package from Dr. Oetker", he mumbled.

My reply wasn't perhaps the most kind. I think I told him that wasn't chocolate mousse, and I proceeded to instruct him. I soon discovered that he had not only no cooking experience, but also not much attachment to food. I mocked him. And I decided to fix him. I taught him how to cook rice and steam broccoli. For the next few years, when he cooked, he made rice and broccoli. Eventually he expanded to carrots, and by the time ten years had passed, we had children, and his dinner repertoire also included fried sausages and onions, plain pasta (he doesn't see the need for flavourings) as well as salad without dressing. By that point the children had learned to mock their father, and while we appreciated the meals he made, "Pappa-cooked onions" became a frequent table joke. Pappa-cooked onions, while edible, are always on the verge of being black.

I thought I was generous in my efforts to help. I told him how I made our meals, and I bought him a book called "Cooking for Geeks", hoping to inspire that quirky side of him. He dutifully read it, but never cooked from it. And I told my friends he couldn't cook. I told them about that chocolate mousse incident. I laughed at him.

Then one evening I looked at our daughter laughing hysterically at her onions, and beside her my husband silently eating the meal he had made. He was so alone. The effort he had made for us was utterly unappreciated. And then I saw what I had done to him. "I think the onions are fine," I said. "Thank you for this food", I said. "I was grateful for not having to cook, today." He barely answered. It had been over fifteen years, at that point, of quietly cooking food he felt uneasy about for a family who belittled him. And that was the day I stopped.

We know that children grow to meet expectations, and that's no different for the rest of us. We're all growing all the time, so we're all parenting each other, all the time. We blossom into the spaces opened by others' kindness. 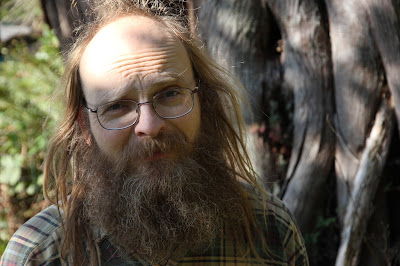 I've heard many times that women can't be sexist because we're oppressed. I'm not going to pretend we're not still oppressed, but as humans who also happen to wield a fair amount of power as mothers, wives, cooks, accountants, counselors, and all the jobs formerly reserved for men, maybe we can do better than to take that power and abuse it - maybe we can model compassion and gratitude. And in doing so, we can help the men in our lives to grow into this new world as bravely as we intend to, ourselves.

I have committed to a partnership. I have committed to equality, and I want to hold myself to the same standards I do everyone else. That means not saying my husband is "babysitting" when in fact he's parenting. It means not assuming that my son does something because he's a boy, or that my daughter should have certain tastes because she's a girl, or the daughter of a feminist. That means that when I am more experienced than my husband or children are in some aspect of our lives, I don't hold it over their heads, but rather understand that we are all learning all the time. It means that I am grateful my husband doesn't laugh at me when I fail to sort out computer issues, or when I make nonsensical suggestions about the wiring of our house. Or when the meal I prepare is a disaster. He is honest, but he is kind.

It's time we treated boys and men the way we'd like to be treated, ourselves.


*Out of respect for my husband, I obtained his permission before posting this.
at 3:55 PM 5 comments: