Save the World! Stop Raising Tadpoles!

Raising Tadpoles: Maybe I was wrong. 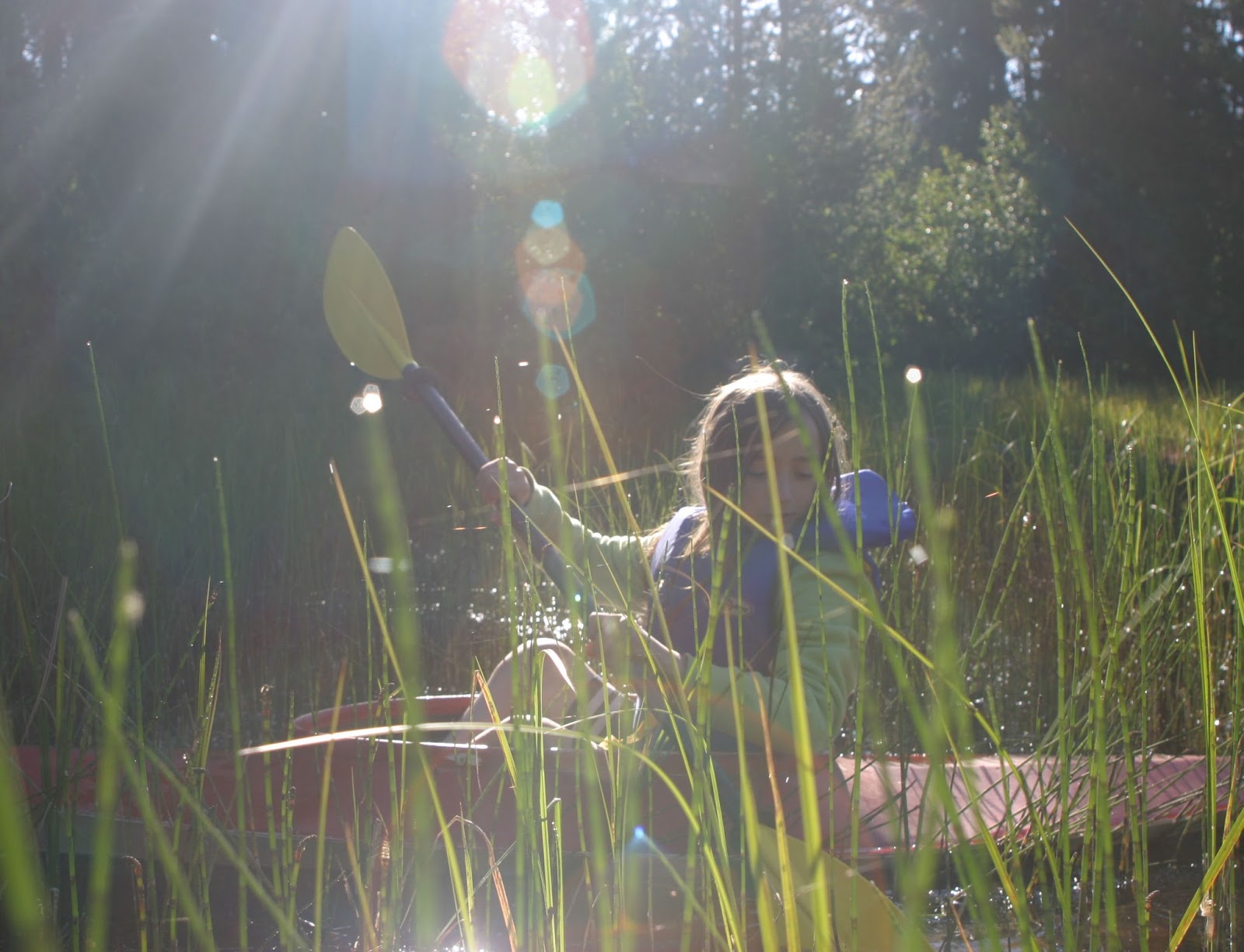 It's such a tricky issue!! YES, it's possible, and if everything goes to plan, and you look after them really well, then you may be doing them a favour, and certainly, if you couch the whole experiment in conservation, then you can educate children and adults so that they care about the frogs in the ponds, and the ecology (on a broader scale) of our whole community and planet.

BUT.
Too much of a good thing is a bad thing!
My mother used to raise tadpoles at the preschool, now I do it with the kids I teach, and I have, in the past, advised teachers of other programs on how to do it well. Eventually I became aware that people were trying it at home, and egg-clusters were dying en masse, as people didn't know how. I recognise that these people were trying to do something very good: give some tadpoles a head start and raise ecologically conscious kids. So, to help this problem, I published instructions on how to do it properly with Red Legged Frogs, including notes on conservation, because Red Legged frogs, while abundant in our neighbourhood, are blue-listed. In fact most frogs are threatened, to some degree, because of the ecological devastation and habitat loss that our rampant human population growth and over-consumption is causing.

Now it seems that my instructions are spreading all over the place. People are trying to raise tadpoles across this whole island, and on the mainland, too. People are tromping through wetlands and ponds and lakes in search of frog and salamander eggs, and disturbing the very areas we'd like to protect.

Although I think that raising tadpoles is still very beneficial for education, and even conservation, when done properly, I do not in any way think that every family should have an aquarium full of tadpoles at home. 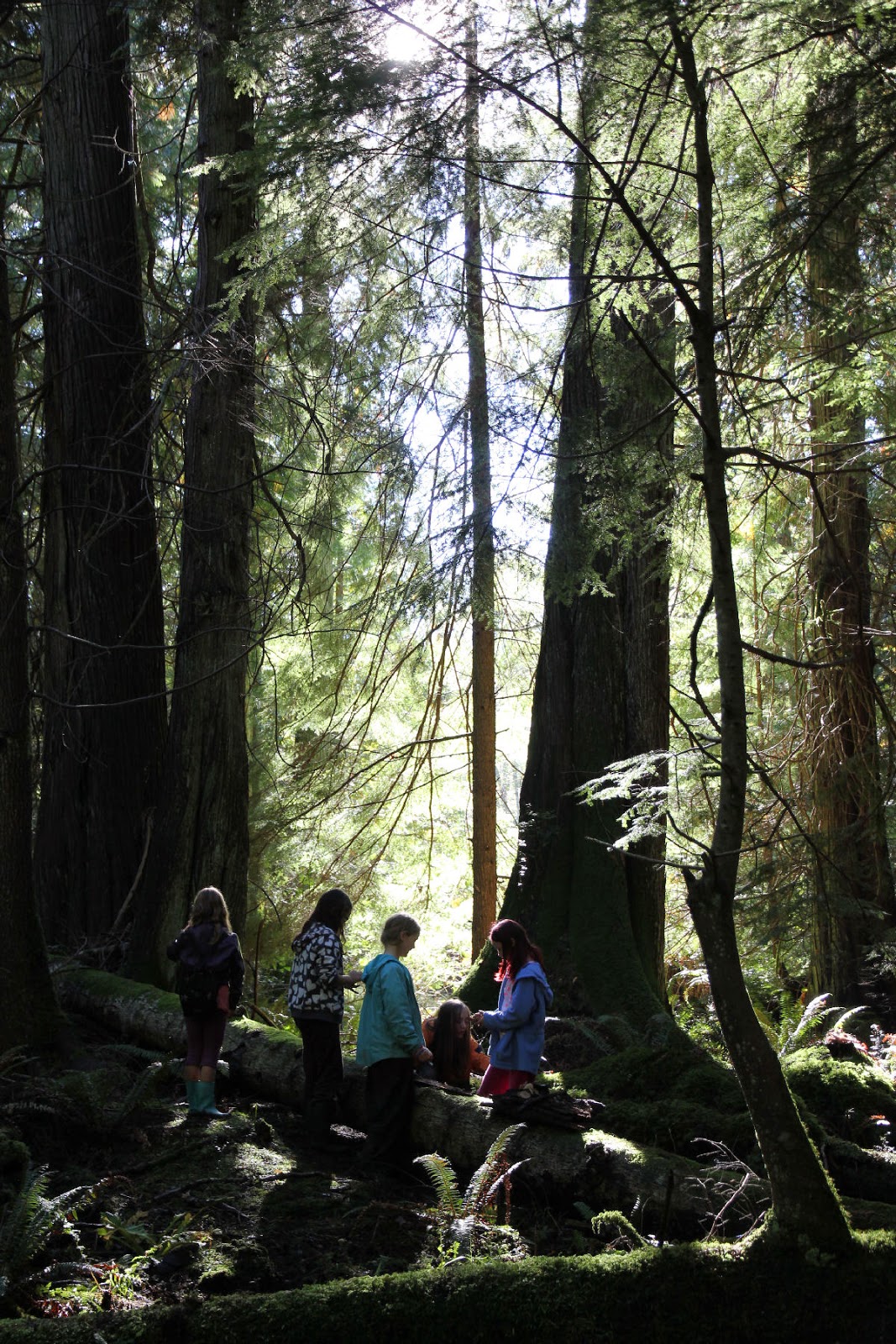 Everything in moderation seems to apply to... well... everything! It's probably just fine - even healthy - to drink a beer once in a while, but 10 beers maybe not so much. Plastic was a miracle invention for various reasons, until we started using it for everything, and now our beaches, oceans, soil, and air are full of microscopic plastic particles, wreaking havoc for every species on earth, including humans. For thousands of years humans lived in symbiosis with the rest of the flora and fauna; now there are too many of us, and we're causing devastation. Everything in moderation. A tank of hatching frog eggs - maintained carefully - in most schools was a beautiful thing, and the kids who examined the wetland they came from learned to care for their own ecosystem. That was a good thing. But a tank of eggs (or a few tanks) in every home... some leaching plastic chemicals into the tadpoles' water (which causes reproductive issues) and some just simply dying due to a simple mistake or lack of understanding... that's too much. And it's not good.

We need to know the wilderness not as other, but as part of us. We need to understand it so deeply that the rain doesn't keep us from living in it, that the forest is a better playground than a gym, that we recognise the changes that happen all year long and see when something's off, and that when something's off we do something about it, because we know that our lives depend on it.

Gluten Free has become normal for us - except that we don't go out. We don't go, not because we don't like going out, but because it's so incredibly hard to get good food, especially good food that's gluten free. This isn't a dietary fad for us, as some people seem to think. Three of us suffer quite seriously (to varying degrees) if we eat gluten, and the risk of accidentally ingesting gluten at a restaurant is not at all worth the pleasure of dining out.

But Rhiannon and I decided to risk it - because she wanted to experience high tea. Honestly, I wasn't expecting much. I've gone out for high tea a few times, and it was always a little disappointing - even when it was full gluten and ridiculously expensive.


This time was different. Rhiannon invited her dear friend along... and, well...
Neverland Tea Salon in Vancouver completely blew our minds.

$15 for a 3-tier 1/2-size gluten- and dairy-free high tea service (plenty for one hungry kid), plus endless selection from the very long tea list. $30 for a full service, which was way too much for this hungry adult. I'm picky about my food. It takes a lot to impress me. The food was by far the best high tea I've EVER had, and the teas were wonderful; steeped to perfection. The service was understated and thoughtful; the food was quick, and they tipped us as we left, with a tiny bag of their Neverland Tea blend to take home.

And they have style. 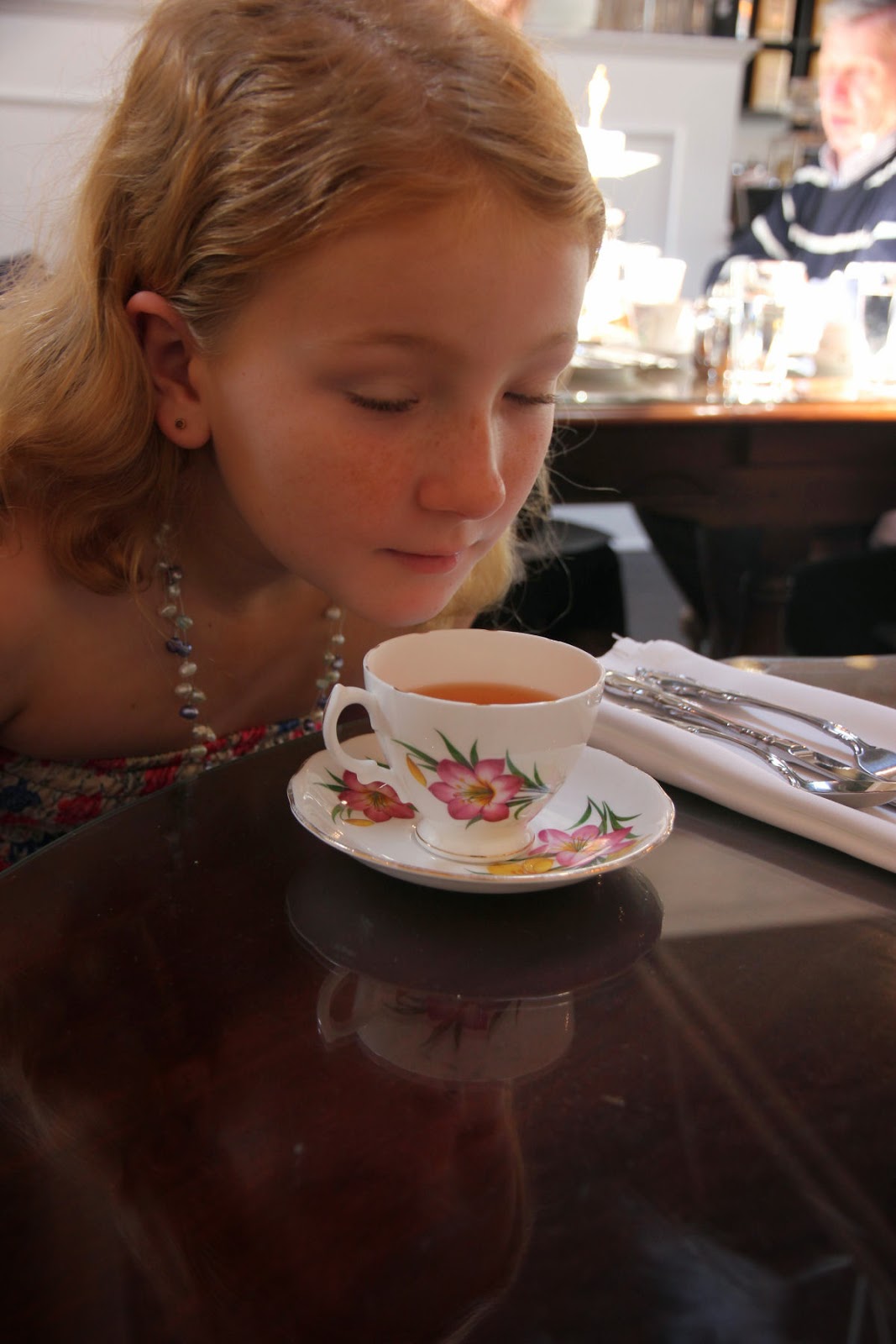 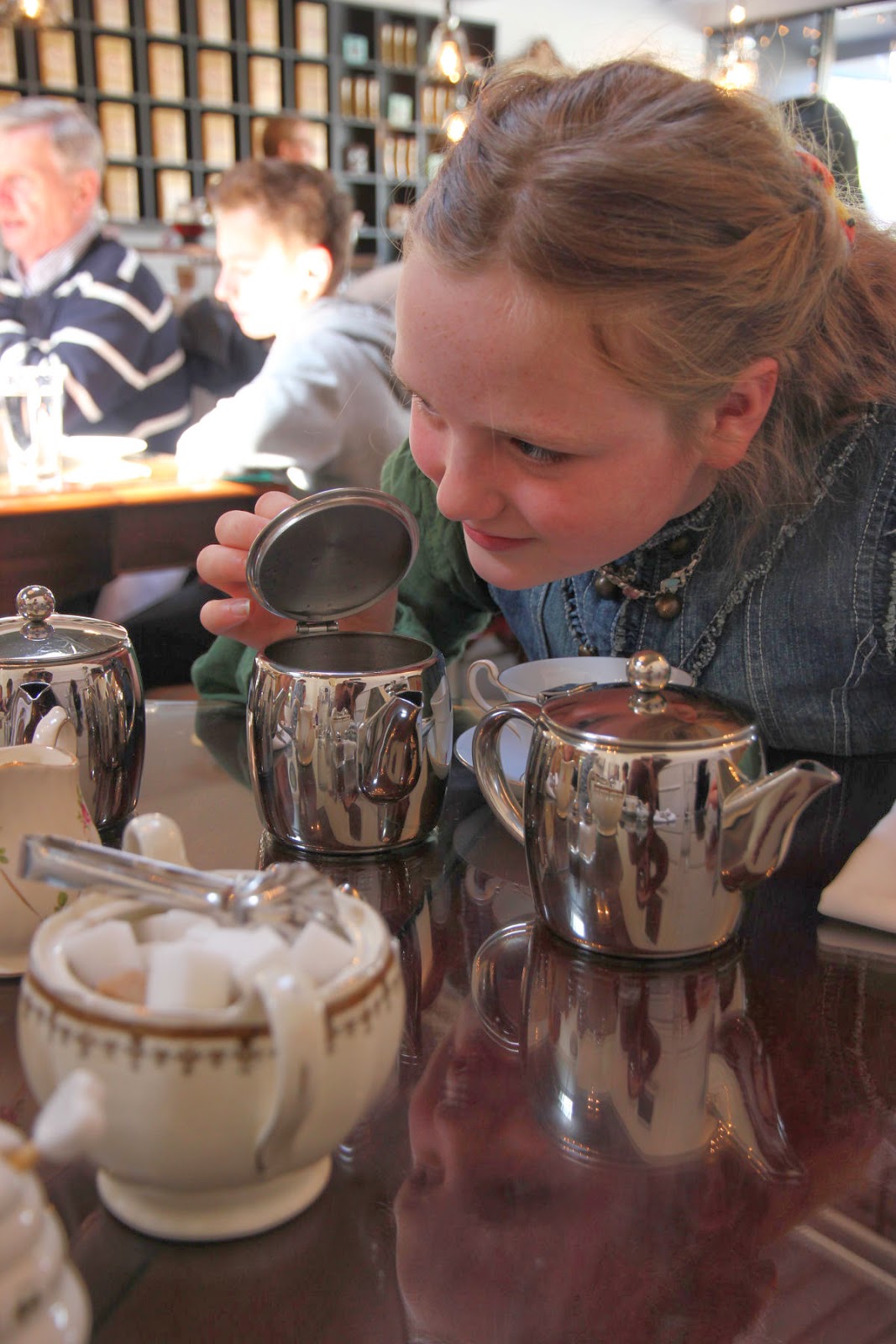 So... you know... after high tea, and while wearing the fanciest gowns and fairy wings and grandmother's Russian fur hat... the proper thing for ladies to do is... 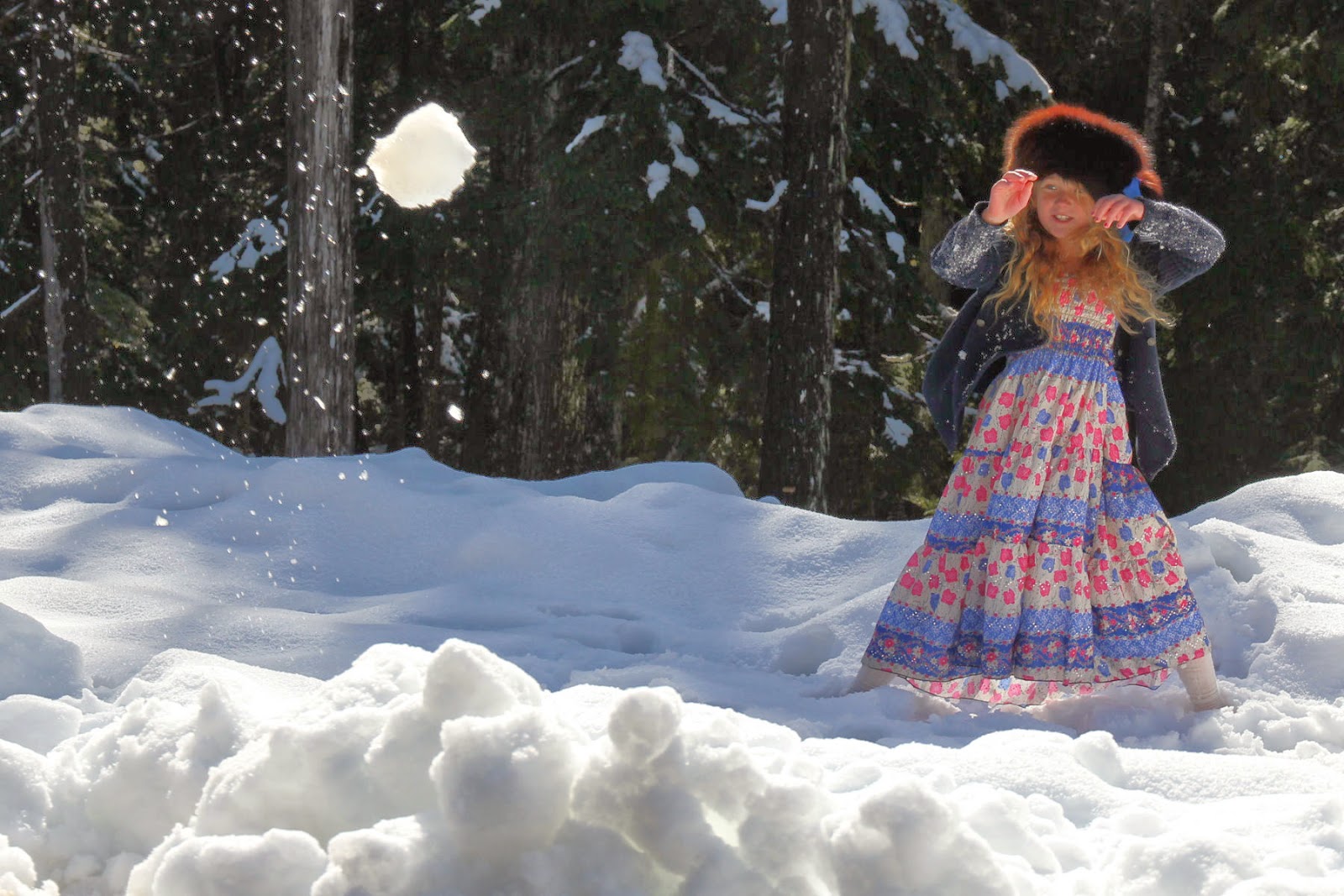 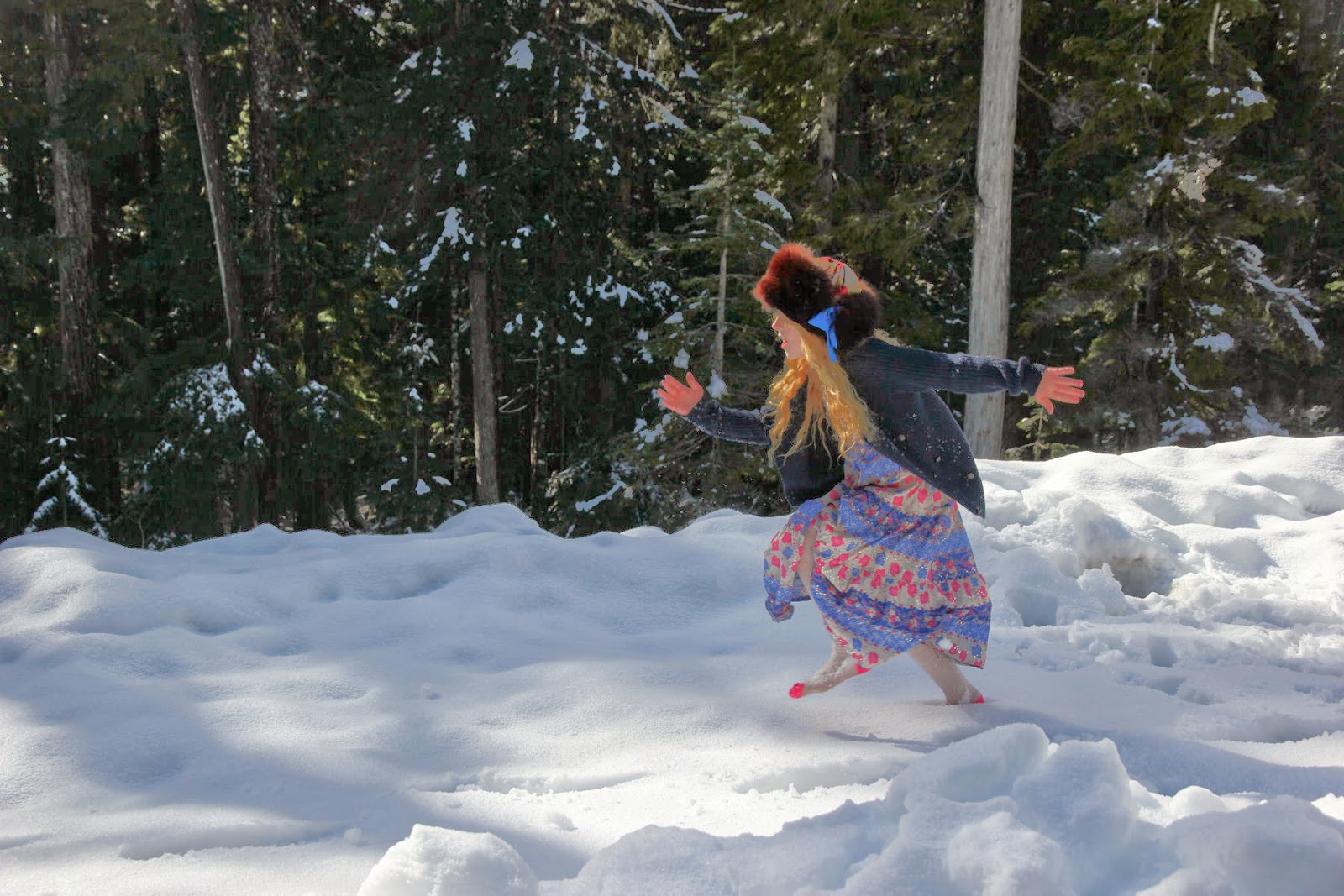 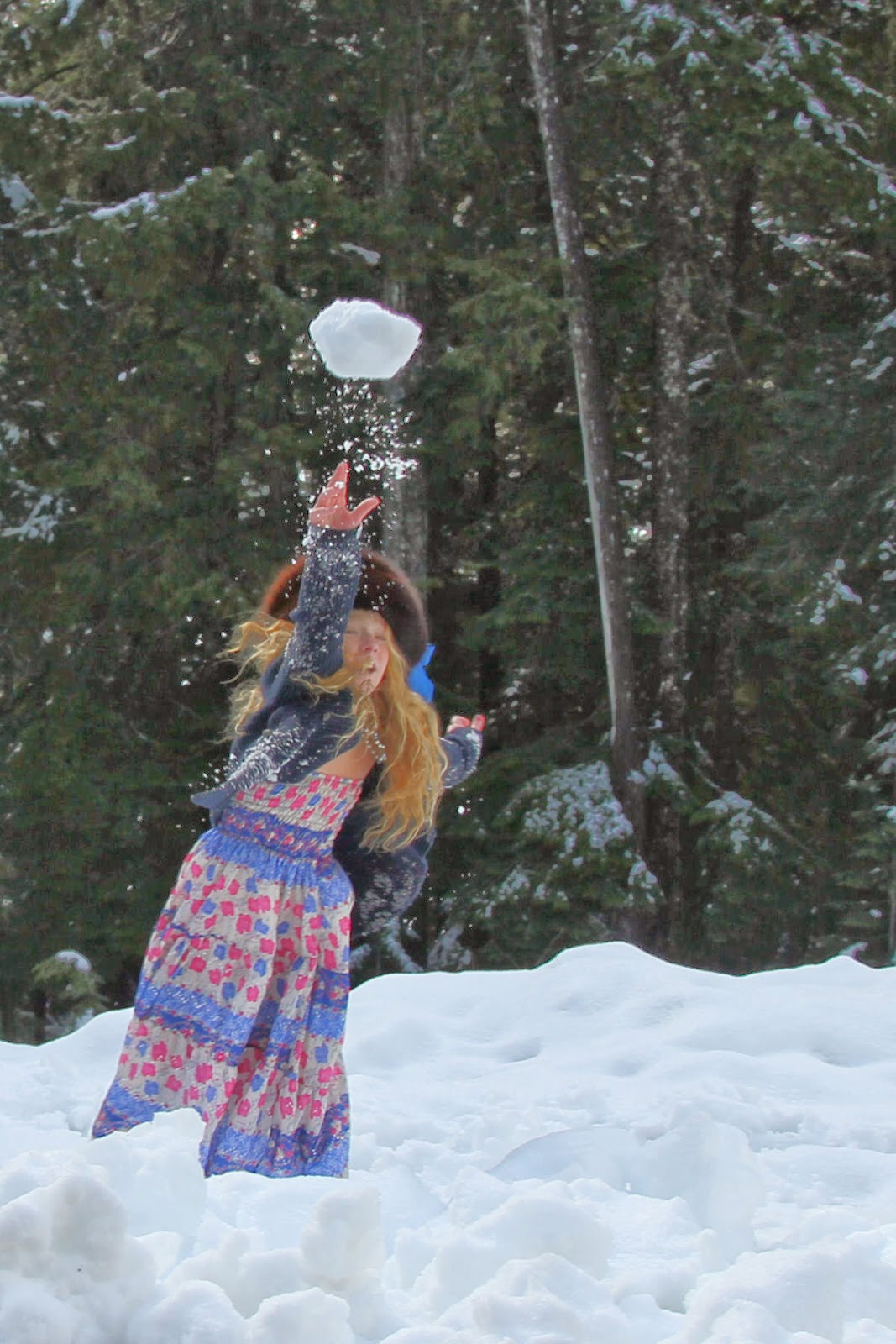 We have a new singer in our family...

She's not really ours -- so not residing in the Phantom Rickshaw house -- but she is Nana and Opa's, and we visit with her every day, much to our delight. Today she demonstrated her singing skills!
Kalea is a gentle, cuddly golden retriever, only 6.5 weeks old, having been weaned early because her mother had mastitis. And Nana is clearly overjoyed. :-) 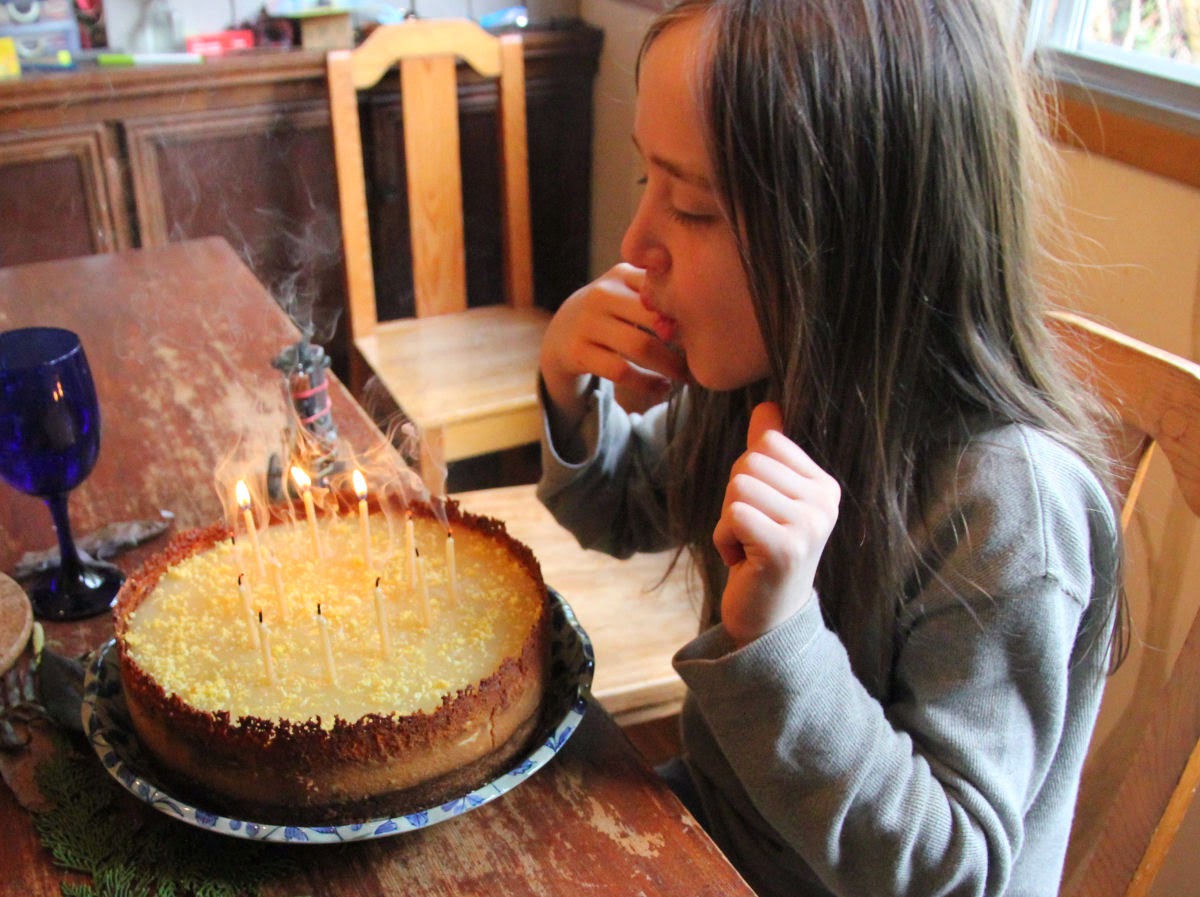