We are members of a 'learning community' that has two parts: a classroom program for 1/2-time schooling, and a full-time-homelearning program for those of us choosing complete homeschooling or full unschooling (our family, of course, fits the latter description). But we still join with the rest of the 'schooling' community for field-trips, non-competitive talent-shows, celebrations, and of course... the science fair!!

Island Discovery Learning Community's science fair was a lovely chance for children and teens to develop projects and share them with their community. Most of the projects were developed entirely at home, and many without specific direction from parents, so the children were free to research, experiment, plan and report according to their own interests. Some whole families got involved, together. Children, parents, and visitors were treated to rocket-launches, chemical reactions, running-on-goo (!), musical vibrations, and even Thomas' wayward dancing blob (directly below)! For the second year running, this non-competitive exposition of wonder and learning was a true delight. Thanks to all those who took part, who cleaned up afterwards, and to science teacher Amy for spearheading the whole thing!


The Economy of Joy
Rhiannon's project was her "Economy of Joy", which is basically a form of gift economy, and which she's been writing about on her own blog, http://economyofjoy.blogspot.com. She created a free market at the science fair, and had a few donations, a few things taken away, and of course her dandelion chocolate cupcakes were very popular. All 50-something of them vanished before too long.

Space Ship for Interstellar Space Travel
Taliesin's project was a collection of his research and inventions for a spaceship that would be capable of long-term (multi-generational), interstellar space travel. He's been working on this idea for years, creating drawings and just planning in his head, but this year he actually tried to pull many of his ideas together to show people. No small feat. This is the distilled part of years' worth of thought and energy: 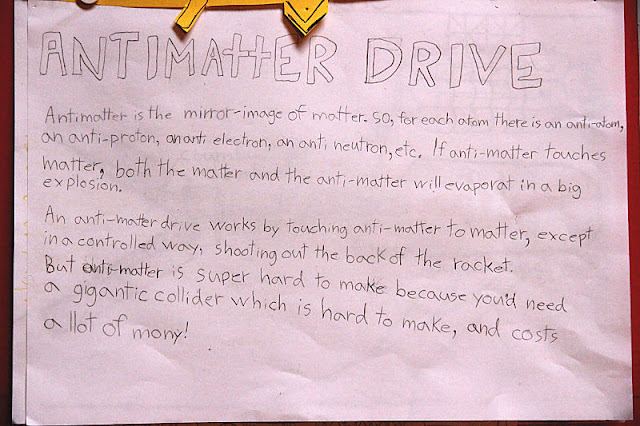 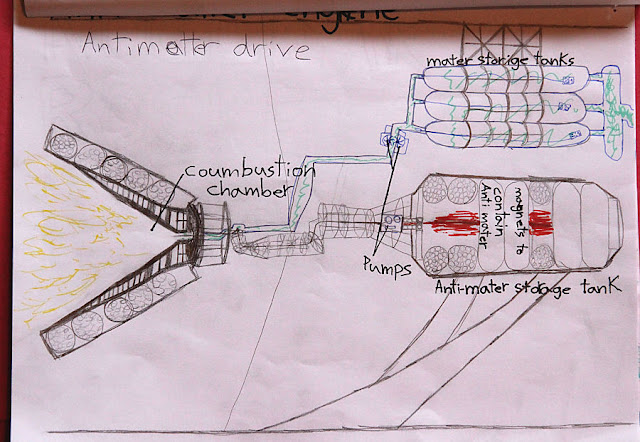 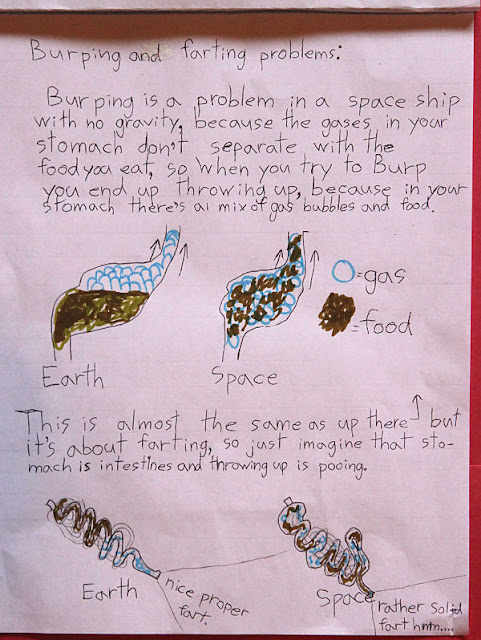 Unschooling Fail
OK -- that's not really appropriate terminology - it's more like a learning opportunity. I made a big mistake and I hope I've learned from it. I got wrapped up in my own fears.


It went like this:
As is Tal's nature, he got rather distracted with this, as each idea he researched seemed to lead him in many new directions, most of which he tried to follow up on, and there were some tense times when I forgot my unschooling intentions and started to stress about his project. The whole thing is technologically over my head, so I just let him use my computer, and checked in once in a while to be sure he'd not been co-opted by some morally repugnant google-finds. But as the science fair approached and all he had was a few disorganised heaps of paper (from which things he had spent lots of time working on just seemed to vanish, once in a while, to his dismay), I became more and more concerned that he'd have nothing to actually show at the science fair.

He claimed he couldn't make a diagram because he didn't know what sort of propulsion he wanted to use, despite the fact that he had numerous diagrams of researched and invented rocket systems. So I said 'fine -- decide that, then!' And off he went googling, again.

He was staring intensely at the screen, and I heard the droning of a man explaining something. "Sh. Mama. Sh."

I came over to look. He had tabs open about the theory of relativity, Einstein, and was watching a video about special relativity. "Tali -- I'm glad this is interesting to you, but what happened to working on your project?" (Mama is trying really hard to keep her cool, here, while her blood-pressure mounts and the flashing red NOT READY FOR SCIENCE FAIR!! lights are going off in her head...)

I lost my cool. "WARP-drive?" You've been researching all kinds of rockets, and now you take a giant tangent over to WARP-drive???! That's a whole new project by itself!! You already have research on a bunch of other propulsion methods; can't you just choose one of those?!!"

A familiar look of hurt and frustration crossed his face, and I felt instantly SO so guilty. "OK." He said.

I watched my son's crushed spirit slip away back to his antimatter drive. I just killed something in him and there is no forgiveness in me for this kind of trespass. "I'm sorry. Please. Just do whatever you want. There's nothing wrong with warp-drive." I tried to redeem myself by spending the next hour or so actively engaging us both in warp research, and actually, for the first time in my life, understood relativity to some meager extent, with the help of my 10-year-old son. Then I took the opportunity to show him some science-fair photos on google and explain that a nice tidy-looking display can really help people to navigate the information, especially when there's so much of it. He listened. But then I stepped back and decided not to involve myself in the project anymore.

I know my stressing over this goes against everything I want for my kids, and I just can't seem to let go of my own fears. So I let them lead. Sure enough; Tal got going about 3 days before the science fair, and managed to pull off a pretty awesome display in those 3 days. He had a facebook conversation with our friend Besh (who also happens to be a very cool scientist, and interested in colonizing Mars), and this inspired him so much that he decided to turn his project into a book so he can send it to Besh. This helped a lot with getting the thing done, and readable.

So yes. Not for the first time, I messed up big time on the unschooling front, but my son's tolerance saved the day.