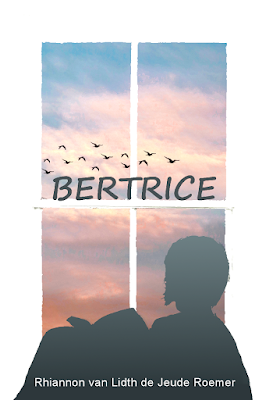 My daughter Rhiannon has published her first book!!!

"Ten year old Bertrice cannot imagine a life different from the one she lives. With a group of wonderful friends, a loving family, and a weekly Unschooling meetup, she feels that things are just right. However, when friendships start to go sideways and illness threatens the family, Bertrice is forced to learn about change and the difficulties of growing up."

This book is intended for 9-12-year-olds, and follows a girl dealing with the death of a grandparent, along with typical social frustrations of a ten-year-old, and the challenge of witnessing her parents' emotional fallout after the death. It's SO real. SO poignant. I imagine it would be a wonderful read for the kids it's intended for, but to be honest I feel like all parents should read it, too. It gave me such an opportunity to see my kids' emotional journeys. I wish I'd read it before my kids were ten.
Of course, I couldn't have done that, since my daughter didn't write it until she was in her teens. She had to go through the experience of losing a beloved grandparent, witnessing a terrible family fallout, and dealing with her own emotions around all these issues in order to write a book that accurately explores them. So she did. She wrote the book, and by the time she got to the end of it she realized her writing had improved so much since she began that she had to go back and write most of it again. And she did that too! Finally she finished the book, and had it proofread by a few of her family members and a couple of friends, and spent months making edits, both very large and very small. When she finally thought she was done, she realized she wanted imagery in the book, and a cover. Her brother wasn't interested in illustrating for her, so she diligently taught herself to draw, to the point that she could render the various things she wanted depicted in the book. She wrote the book, made all the art, laid out the book herself, and took advice and criticism like a champion (which personally I know to be quite a challenge), editing and adjusting as she went along. This is unschooling at its best. This is how a kid takes on her own passion project, does it exactly and only the way she wants to, and grows into the person she wants to become. The result of this labour of love is a book that no adult could have written -- a true-to-life but totally fictional book about a girl developing as a writer while going through family and social challenges that most kids face, at some point.
And the protagonist is an Unschooler! There aren't many books out there that treat Unschooling as a natural part of life. This one does, showing life from an unschooler's perspective, while also being accessible for school-going kids to understand.
The explorative nature of the kids' play, their questioning of gender stereotypes and age-appropriateness, as well as the complex emotional considerations of kids with a diverse social group are things we parents may not realize are occupying our kids minds. But they are! This book is a clear and thoughtful presentation of a child's emotional growth, and we parents can learn a lot from it.
Also my daughter is a fabulous writer. You can purchase her book through this link:
https://www.blurb.ca/b/10390239
If you're interested, she also has a writing and book review website:
https://rhiannonraven.wixsite.com/readingcorner
at 1:53 PM